Every news story about Denver real estate is emphasizing skyrocketing prices throughout the Denver Metro Area and, given current conditions, we can expect another 3-5 years of price increases while waiting for inventory to catch up to the demand for housing.  With that in mind, many homebuyers and investors are looking for the next Highland or River North, a neighborhood that is currently affordable, but seems primed to become the next hottest neighborhood in Denver.  While we don’t expect any of these neighborhoods to see that level of transformation, here are some areas you might hear more about in the coming years, where you can still find a single family detached home near the low $200s.

Globeville has been forgotten and, oftentimes, neglected in Denver’s history.  The neighborhood was divided by the construction of the I-70 and I-25 freeways and the constant hum of traffic fills the neighborhood day and night.  Regardless, the boom of River North, the construction of 3 different rail lines by RTD’s FasTracks initiative, and the forthcoming improvements to the National Western complex has brought a lot of speculation about whether Globeville will be the next hot neighborhood in Denver.  The neighborhood, which is small by Denver standards, features a lot of the charms that buyers seek out in urban neighborhoods.  A lot of the housing stock was constructed during the first half of the 20th century, with many in popular styles of brick construction.  A key characteristic for the neighborhood is small lots and small homes, with most homes measuring under 1,000 square feet above ground.

Flanked on the east by the South Platte River, Globeville is a short bike ride or walk from the River North neighborhood, with the neighborhood sitting less than one mile from popular destinations such as The Source and Great Divide Barrel Room.  The community itself has had its share of fun businesses lining East 45th Avenue, such as Fort Greene and Globe Hall.  Traditionally, the community has been home to a very diverse population and celebrates this diversity throughout the year via community events such as the annual Orthodox Food Festival & Old Globeville Days, a favorite of the Bluebird Team.

Public investment and infrastructure development will also impact the community.  Rail lines that once divided Globeville from the rest of Denver will soon connect the neighborhood via new commuter rail projects.  The A-Line from Union Station to Denver International Airport opened last week to much excitement, with a stop nearby Globeville at 38th & Brighton Blvd. Along the neighborhood’s western border, the G-Line will open later this year with a stop at 41st and Fox, connecting to Arvada.  In the coming years, the N-Line will connect with the National Western Complex, north to Thornton.  Furthermore, nearly $1B in public funding will be spent to update National Western, making it a premier destination for large events in Denver. 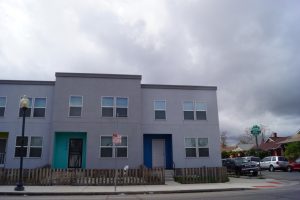 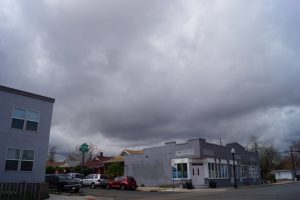 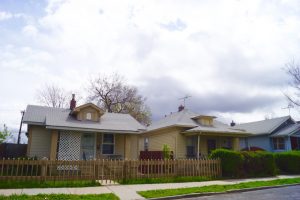 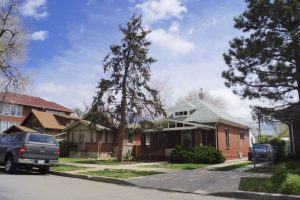 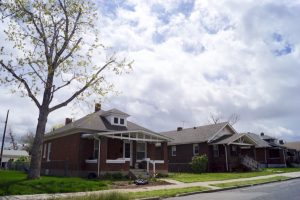 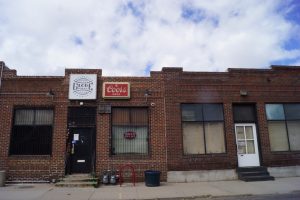 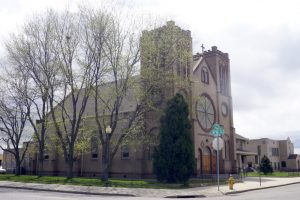 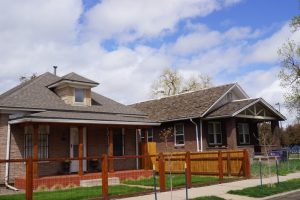 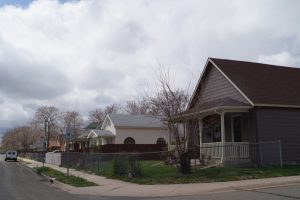 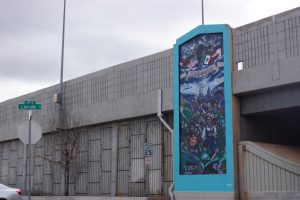 Mural on I-70 overpass

Incorporated into Denver in 1896, Barnum was declared as Denver’s least desirable neighborhood by Westword as recently as 2011.  However, with prices skyrocketing all over the city and the emergence of West Colfax and Villa Park as rising neighborhoods after the opening of the W-Line, real estate speculators are starting think differently about this neighborhood.  Redfin recently declared Barnum to be Denver’s hottest neighborhood, with listing having a median of 6 days on market and selling for an average of 103.1% of the list price. The neighborhood is bounded on the north by 6th Ave, Federal Blvd on the east, Sheridan Blvd on the west, and Alameda Ave on the south.  The central neighborhood business district sits at the intersection of W. 1st Ave and Knox Ct, with a variety of small shops, a 7-11, and a taqueria, anchored by a smallish Mi Pueblo Mercado.  Along Federal Blvd, lies one of Denver’s best assortment of ethnic cuisines, particularly Mexican and Vietnamese restaurants.  The homes in the neighborhood are mostly post-WWII ranches with backyard gardens lining the alleyways.  There has been a bit of activism to address the food desert concerns for the neighborhood through Re:Vision and the Westwood Food Cooperative.  With modest homes on large lots, close proximity to Downtown Denver and a median sales price of $213K, Barnum is definitely worth look for homebuyers looking for something affordable today. 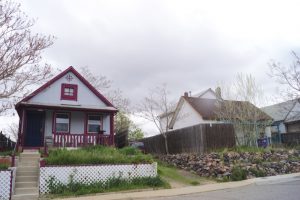 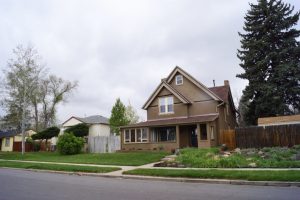 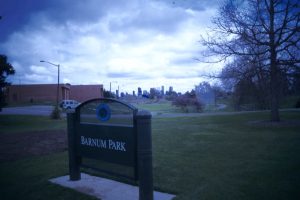 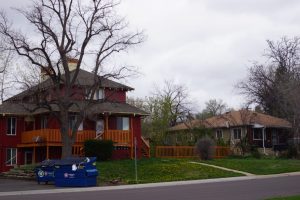 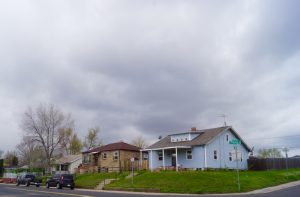 A prairie-style bungalow and a modest ranch 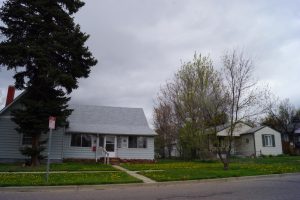 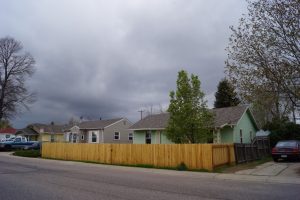 This neighborhood is more than your first impression of Colfax Avenue through Aurora and it is getting a lot of interest these days.  Smack in the middle of what has been dubbed the “opportunity triangle,” formed by the redevelopment of the Fitzsimons Army Base (now Anschutz Medical Campus), Lowry Air Force Base, and the Stapleton Airport, New England and Boston Heights is no longer in the shadow of loud flight traffic.  Head north of Montview Blvd and you will find rows of well-kept brick ranches and cute bungalows.  With the transformation of Westerly Creek Village on the horizon, including the opening of the Stanley Marketplace this fall, this area starts to appear as a very appealing option for budget-conscious buyers and investors.

Bound by Yosemite St to the west, Peoria to the south, 25th Ave to the north and 17th Ave to the south, this area has already gotten the attention of savvy fix and flippers.  The City of Aurora has been investing time and resources to promote the neighborhood, starting with the establishment of the Aurora Cultural Arts District and now with efforts to transform a light industrial neighborhood into the mixed-use oasis of Westerly Creek Village, following the blueprint of River North.  This fall, that transformation will kick off with the opening of Stanley Marketplace, a large retail mall/food hall that is roughly 4 times the size of The Source.  When Stanley opens, it will feature popular Denver eateries such as Rosenberg’s Bagels, Denver Biscuit Company, Maria Empanada, Comida, Sazza, Rolling Smoke BBQ and more.  It will also feature a beer garden, a brewery, a cocktail lounge, a juice bar and a coffee shop, and will be the new home to the Big Wonderful. In preparation, Aurora has been working on the reactivation of Westerly Creek and building a new bridge over the creek at Montview Blvd.  Eventually, Westerly Creek will connect from Lowry through East Montclair and NW Aurora to Stapleton.  Furthermore, in the next two years, Westfield will build 200-300 apartment units on the Stanley Aviation site.  Across the street, a property owner is looking at building over 100 condo units and another 30K+ or retail space dubbed The Heights at Westerly Creek.  Additional parcels in the neighborhood have been changing hands at a rapid pace and in a decade, this area will be almost unrecognizable.

Forest City has recently broken ground on the strip of land that was owned by DIA but is located in the City of Aurora, directly north of the neighborhood.  The homes to be built will range in price from $250K to $500K.  This has also sparked rumors that Aurora Public Schools will need to address concerns about Fletcher Elementary School and is considering a proposal to make the school a charter and possibly build a new school on land donated by Forest City at the corner of 25th & Fulton.  In addition, the city is also going to unveil a renovated Moorhead Recreation Center this summer that will feature over 20,000 square feet of space including a new full-sized gym, a workout room, a community kitchen, and an upgraded pool with new water slides. 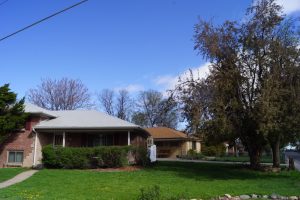 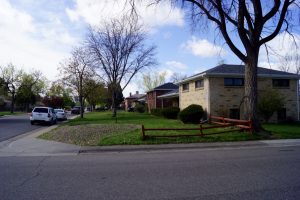 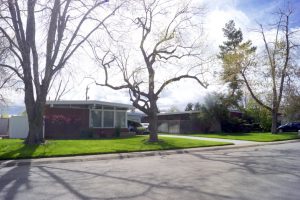 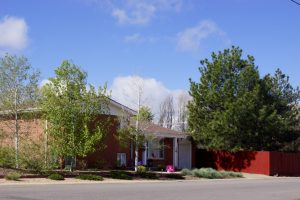 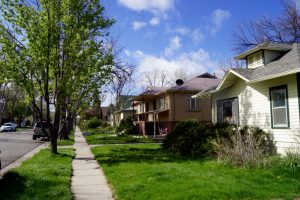 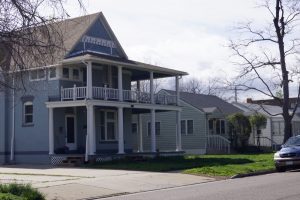 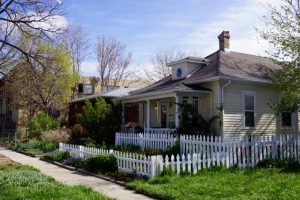 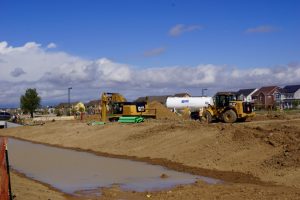 Redevelopment of Stapleton Airport in Aurora 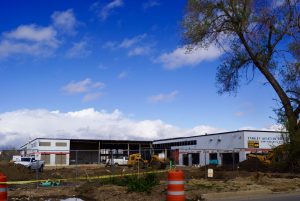 Adaptive reuse of Stanley Aviation into the Stanley Marketplace 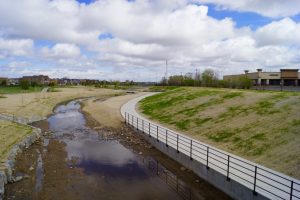 Continuation of Westerly Creek from Aurora to Stapleton 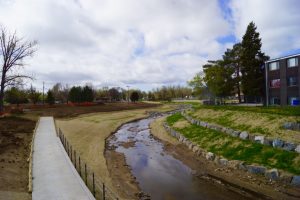 Wrapping up work on Westerly Creek at Montview Park 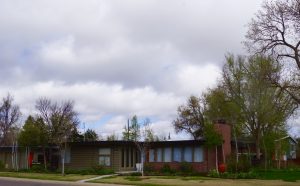