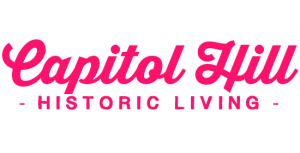 Capitol Hill (aka “Cap Hill”) is Denver’s most densely-populated neighborhood and one of its most architecturally and historically interesting areas.

A short walk from downtown, Cap Hill is home to various unique shops, restaurants, and pubs. Cheesman Park, City Park, and Washington Park are just a few of the fantastic parks in the area.

8th to Colfax, Sherman to Corona

Capitol Hill has a diverse range of housing options, including Denver Square Homes, Victorian Homes, Condominiums, Lofts, and Townhomes. Condos in the area are varied. Some of the most charming condo units are in old, converted mansions.

Many people want to live in Cap Hill, and the prices reflect this demand. Capitol Hill has some of the highest prices per square foot in Denver. To get a sense of what your dollar can get you in Capitol Hill, check out the listing linked above or contact us to get a full report on sales history.

Most homes in Cap Hill do not have an HOA. However, if you are looking at condos, expect to see one or two attached to the property. In addition to condos and detached homes, Capitol Hill also has lots of duplexes. The owners typically manage these with a party wall agreement.

Initially, Capitol Hill was the home to Denver’s elite, which shows in the architecture. The area has some of Colorado’s most charming and attractive architectural details.

What isn’t there to do in Capitol Hill? It’s walkable to downtown, Cherry Creek, Congress Park, and more. In Capitol Hill, residents enjoy easy access to restaurants, retail, groceries, entertainment. You can easily live without a car when your home base is in Cap Hill. (In fact, with the narrow streets, residential density, and high traffic, many residents find living without a car to be easier and more convenient than with one.)

Capitol Hill has changed more in the last century than any other Denver neighborhood.

In 1864, Henry Brown claimed a lonely bluff, jokingly dubbed “Brown’s Bluff,” for years. Brown saw the high ground as the ideal spot for the state capitol structure. He donated the land between Colfax Avenue, Lincoln Street, Grant Street, and Fourteenth Avenue in 1868.

The remainder was laid out in an east-west grid (against the Downtown Area’s diagonal) for residential use. While Mr. Brown envisioned a magnificent residential neighborhood, Mr. J. W. Smith was responsible for bringing water to the area and the city. Central Denver would not have been possible without the construction of “Smith’s Ditch.” Capitol Hill became the location to dwell as water became available. The wealthy of Denver went to “Millionaires Row” (now Grant Street) on “Quality Hill” and East Colfax Avenue, where they built lavish mansions to outdo each other. The “Denver Style” refers to architecture that incorporates a variety of classical styles and is known for its flamboyance. Each owner added turrets, spires, and porches as they saw fit, and the finished home barely resembled the initial design.

Following the 1893 “Silver Crash,” and throughout the early twentieth century, Capitol Hill development became more modest, constructing middle-class apartment complexes. The aspect of Capitol Hill had changed by the mid-1920s, as stately houses along East Colfax gave way to commercial development. Many of the once-splendid homes fell into disrepair and were demolished or turned into apartments during the “Depression Era.” Multi-family housing for returning GIs and their families rose built in the neighborhood after WWII. More majestic ancient homes were demolished during the next two decades to make space for constructing apartment and condominium complexes. However, to retain some of Capitol Hill’s historical charm, Denverites have recently rejected the development of multi-family high-rise units in favor of repairing and renovating turn-of-the-century homes.

In today’s Capitol Hill, the past and current coexist together. Many of Colorado’s most important historical people have lived in Capitol Hill at one point or another. Some of the first residents included the “Unsinkable” Molly Brown, Horace and “Baby Doe” Tabor, James B. Grant, and Walter Cheesman, whose home at 8th Avenue and Logan is now the Colorado Governor’s Mansion.