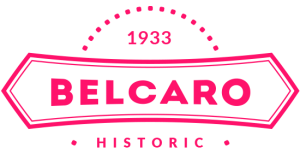 At 5358′ above sea level, Belcaro is an attractive, affluent neighborhood known for its curvy, leafy streets dotted with gorgeous, sprawling ranches and stately mansions. Parts of the community were designed to emulate a Scottish Village with winding roads and abundant foliage. Cherry Creek runs along the northern border, cutting through grassy parkland and lined with a cycling and walking track. Along S University Boulevard, the modest Bonnie Brae commercial sector features a mix of neighborhood stores and long-standing restaurants, and several huge shopping plazas nearby.

The name Belcaro, which is Italian for “Beautiful Beloved” was originally the name of the mansion of Lawrence C. Phipps (now more commonly called the Phipps Mansion). Phipps was a US Senator representing Colorado 1919-1931. He developed a lot of the neighborhood.

The neighborhood borders are generally identified as Harrison to Steele and Mississippi to Exposition.

Large ranch-style homes (single story) dominate the neighborhood; there is also a gated community in the Northern part of the neighborhood called Polo Grounds. Condos sit along the borders of the area.

The oldest homes in Belcaro date back to 1911. However, most of the neighborhood was built in the mid-20th century, particularly 1951-1966.

As one of the most sought-after single-family home neighborhoods, the prices in Belcaro are much higher than the metro average. To get an idea of Belcaro home prices, check out the linked currently active listings above. (Or contact us for a complete historical market analysis!)

The Belcaro homes with HOAs include those in the Polo Grounds gated community and condos on the edges of the neighborhood.

The Belcaro neighborhood, just east of Bonnie Brae, is home to “Denver’s Grandest Mansion,” and its history is intertwined with that of the Phipps family.

Lawrence Phipps arrived in Denver in 1902. After making a fortune in steel, Phipps dedicated his time to charitable pursuits.

In 1918, Phipps was elected as a Republican to the United States Senate, where he served until 1930. Phipps’s association with the terrorist group, the Ku Klux Klan, marred his time in office. The KKK promised to assist him in the 1924 elections if he paid for the state election costs. Even though Phipps disassociated himself from the KKK candidates shortly after the election, most believe he helped them get into office.

Phipps left the Senate in 1930, at which point he was ready to retire and build a home. Belcaro, which means “Dear One” in Italian, was created by Fisher and Fisher in collaboration with New York architect Charles Platt. The Georgian Mansion was built for $310,000 during the Great Depression. The mansion has 54 rooms and was approximately 27,000 square feet when finished in 1933.

In 1931, Phipp’s business, Belcaro Realty and Investment Company, laid out the neighborhood that surrounds Belcaro. Soon after, construction began.

Phipps had sold much of the land surrounding the estate as Belcaro Park by the time he died in 1958.

Margaret Phipps bequeathed Belcaro to the University of Denver.

DU renamed the mansion Lawrence C. Phipps Memorial Conference Center, and it is now rented out for private occasions.

The Belcaro neighborhood, which surrounds the Phipps Mansion, is now home to many exquisite, vast, generally ranch-style homes with extensive, clean, well-kept lawns. Belcaro is presently one of Denver’s most sought-after neighborhoods, located near Cherry Creek, between Bonnie Brae and Colorado Boulevard, and next to the Polo Club.