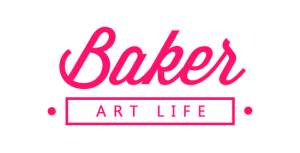 The Baker neighborhood, elevation 5243’ above sea level, is a quirky, arty, lively, eclectic community in the heart of Denver. The area is rich in historic buildings and independent and chain retail businesses. Are you an art and music enthusiast? If so, the creative community of Baker is a great place for you, art and music thrive here.

First planned and constructed in the 1870s, Baker has played a significant part in Denver’s history. Baker now has a varied population, well-preserved historic houses, proximity to Broadway’s Main Street commercial area, fabulous and relaxed restaurants, an assortment of entertainment, and access to public transportation, all of which combine to make it a bustling urban neighborhood. Baker is bursting at the seams with fun things to do. Watch an indy film at the Mayan Theatre or check out the art galleries on a First Friday art walk in the Santa Fe Arts District. Check out a play at nationally-recognized Su Teatro Cultural and Performing Arts Center or pick up some craft supplies at Fancy Tiger Crafts. Lose yourself in the magical atmosphere of restaurant Beatrice and Woodsley, treat yourself to some Sweet Action Ice Cream, or rummage through the treasures of Broadway’s magnificent Goodwill.

Whether you are looking for Baker homes or want to check out Baker real estate, drop us a line. We would love to show you around!

The neighborhood boundaries are generally identified as:

Residential real estate in Baker  is a mix of popular late-19th century and early 20th century architectural styles, including Victorian-style homes, Bungalows, Queen Annes, and there are even several homes designed by notable Denver architects William Lang and Marshall Pugh. When looking at homes in the neighborhood, you will see ranches, 2- and 3-story homes, multi-family homes, and duplexes.

Most of the neighborhood was built Pre-1900 and then there were a lot of buildings added in the 1950s. Since 2000, there has been increasing infill development and redevelopment in the area.

Baker lot sizes (for single family detached homes) are somewhat small for Denver. They are typically around 1/12th of an acre (around 3630 square feet).

Residents of Baker enjoy its premium location. So, it should come as no surprise that there’s a premium on home prices as well. When buying a home in Denver’s Baker neighborhood, expect to pay much higher prices than the metro average. To get a sense of what your dollar can buy in Baker, check out the current Baker listings, linked above.

Most homes in Baker do not have an HOA. However, if you are looking at condos, then expect to see one or two attached to the property. In addition to condos and detached homes, Baker also has lots of duplexes. These are typically managed by the owners with a party wall agreement.

The streets in this neighborhood are on a North/South – East/West grid. The development, a mix of industrial, residential, and commercial, and industrial properties (like the historic Gates Rubber Factory) has lots of alleys and wide, historic sandstone sidewalks.

The neighborhood was homesteaded in the year 1859. Two Lots, one settled by James Beckwourth, a former slave, and just south of his lot William and Elizabeth Byers. The neighborhood was originally platted (planned) in 1872 and then there was a boom of residential development in the 1880s. More than 80% of the neighborhood was developed before 1900. The area was named after James Hutchins Baker, a 20th century CU president (who never actually lived there!)